I finally got to the real maximum level available in World of Tanks:  a tier 10 heavy tank.  Heavies are the only tank that goes to tier 10, with mediums and TD’s stopping at 9, and artillery stopping at 8. 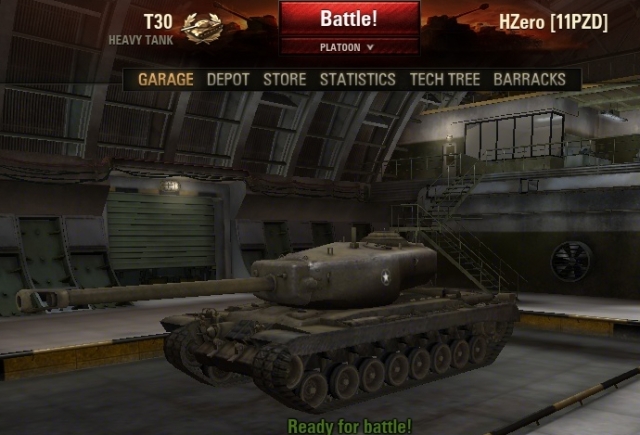 I kinda just creeped across the line last week without a whole lot of fanfare.  And then it was this week before I had enough cash to train the crew and buy the ammo (end game ammo is *expensive*).    I chose the US line for the speed of the heavies, allowing me to redeploy early and often to meet changes in the battle line, and also because the US is home to the best gun in the game, the 155mm T7.  Matching the highest damage output with the best penetration available means basically one thing:  it is rare that one of my shells is deflected or I hear the disappointing “dink” sound of a shell that doesn’t get through the enemies armor.

Its also a good choice because of the upcoming changes in the .7.2 patch.  Essentially, the top two American tanks will change.  The old tier 9, the T34, will be moved to a premium tank and anyone with one of those bad boys gets it for free.  I have one so I will be getting one, and of course from here on out, it will be my primary bread winner.

This tank though, the T30, will move to become the new top tier of the US tank destroyer “b” (turreted) line.  So owners of it will keep this max tier TD and also get a copy of the new tier 10 heavy that will replace it, the T110.  With that change, I will have a max tier tank in every category except artillery…which to be honest, I’m not much interested in.

In fact, there is little I’m interested in now, having accomplished this.  I intend to dink around with some low levels, but in truth, I’m waiting mostly for historical matches and I’ve also begun looking into active Clans in the ongoing Clan Wars metagame that accompanies World of Tanks.  Basically, my ignore list from random matches is so long, its depressing.  I’m ready, not so much for challenging foes, but for teammates who actually do basic things like: look at the map, understand simple tactics, and who know how to use their tank to its fullest affect.

Anyway, I’m laid up with a knee injury at the moment (apparently playing indoor soccer on a basketball court can lead to injuries…who knew?) so my gaming interest and ability is limited.  That said, I have a few more words to say about TOR and hope to have them up later this week.

One thought on “Another Max Level Milestone”