Well all of the premium vehicles in World of Tanks and Warplanes are on sale for a few more days here, and I have some decisions to make. For the uninitiated, premium vehicles are ones that generate a bonus to the income you earn in a match. For high tiers this bonus can be significant. There is a trade off though, in that premium vehicles are balanced to be “average” for the tier, and thus rarely have any inherent advantages going into the match, since similar tier vehicles will most likely be better than them in one or more ways. 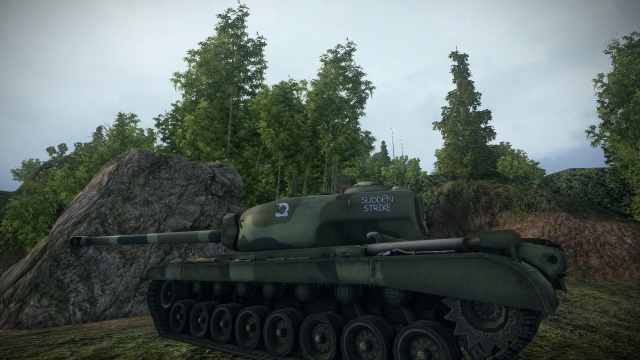 In tanks, premiums go up to tier 8, but they are quite expensive – $35-$55 a pop depending on which one you want and how much money they tend to print for their owners (based on server stats). I already have three of those (two of them were of the cheaper variety, and the third I earned for free), but there are still a few interesting ones. In Warplanes they go up to tier 5, and thus are significantly cheaper, particularly right now with all the holiday sales. In a perfect world, the collector in me would like to own them all. In reality, I have to make some decisions.

In doing so, I’ve realized there are really two ways to narrow that process down.

The first way is pretty simple – buy what you like. If you have heard from a friend it was fun, or it fits your play style – grab it up. This is essentially how I have bought my premiums up until now. I’d try it on the test server, talk to friends, and pick it up when I could afford it. After all, if you are buying these for extra credit income, you are going to be playing a significant number of matches in them. So you want to get something that you will enjoy playing a lot. Part of that enjoyment may, admittedly, be having a challenge. I purchased the cheap and difficult KV-5 premium for World of Tanks. It is not the best tier 8 by a long shot. Its huge, has no armor, and a pathetic gun. But, I think its fun to play – it requires strategy and careful use of what advantages it does possess and thus gives you a nice warm fuzzy when you do well with it. The same is true of my XFL-1 in Warplanes (the Navy variant of the legendary P-39). Its a fun aircraft, but limited. The second way is also pretty simple – any of the premiums can make you cash, so just make sure you have one good cash cow, and then look to the secondary option as a crew trainer. Since crews can use premiums without needing to retrain, its a great way to boost your skill levels. On the recent 5x weekend, I had a retrained P-51A pilot. I got his 5x, then put him in my US premium for another 5x. Especially since premiums are considered elite, with no researchable components, and thus have the option of using the XP gained to be converted to free XP, or to double down on crew training xp. Essentially, in those premium victories, I was receiving far more than 5x because of this. In this line of thinking, you just need one good earner, and then one premium of any tier for each nation, so that you can double down on your crew training.

So which is it for me?

If its the first method, I can safely spend all the gold I have stockpiled right now. I’d buy every one of the Warplanes premiums, all of which I think are fun. That’s eight planes though, plus I’d buy probably two of the high tier tank premiums that are still on my list. That’s a lot of vehicles. Realistically I’d never have time to play them all, and it would just be a smorgasbord of one match here one match there depending on my whim. I’m not sure I could live down spending the money in that way though, as fun as it would be. It seems a bit too extravagant.

The second method would mean buying probably just 2-3 vehicles. And, by coincidence, probably the 203 vehicles I am least interested in overall out of the group. The truth is, I already have premium planes of the highest tier because of my tester status, and through some promotions, I have premium planes for every category, except German regular fighters (as opposed to heavy). The German premium fighter is, in my opinion, the weakest of the bunch, and not my favorite. The Me 209V was built as a speed racer, and while fast, its limited in every other aspect. I’d much prefer the old He 100 from testing days, though there has been no indication that it would be released at all, and its worrying that they had it tested and passed on it in favor of this new premium. In tanks I could not afford, despite my considerable gold amount, all the training tanks I would need to complete my roster. I’d have to settle in to my active lines and in doing so that cuts things back to the venerable German Lowe heavy tank. I like the Lowe, its not a bad premium, but it is, to me, not a lot of fun to drive.

You can see why I am having a hard time deciding here. I have ten more days to do my thinking, hopefully something will shake loose by then.